video shoot and produced by Francois Turgeon for Cogito Medias Group
edited by Vincent Campbell
Men and women who have changed the world often leave a mark on human History. These figures that have reached the rank of prophets share many common traits:  humble, yet worshiped by the masses, they usually deliver a message of peace, love, equality and brotherhood before becoming victims of a tragic and violent death. From Jesus Christ, Gandhi, John Lennon, Joan of Ark, and Lady Di to Abraham Lincoln, Martin Luther King, JFK to Anwar Sadat, their messages have gone around the world reaching the hearts of many. Going beyond racial, religious and political boundaries, their message is timeless and their spirit is immortal.

The destiny of these famous figures is intertwined with that of other souls, even more tortured and dark. For without an assassin, there would be no prophet. These assassins are often first-time offenders, a friend, a loved one, a fan of the prophet, or ironically, the prophet himself. Through their inexplicable acts of violence, they award their victims the status of martyr, immortalizing them in our hearts and spirits.

Prophets & Assassins tells the story of the men and women who have touched us through time. Images of the prophet’s life and death are intertwined subtly with the assassin’s, creating a sublime portrait. Alongside the glossy and beautiful art photos and paintings, are passages describing the life and death of each prophet, including a memorable quotation from each of them.
This is an original and groundbreaking artistic book that will move readers.

The Author: Los Angeles-based Bob Oré is an author, poet and Renaissance man. In addition to being a published author, he has written many plays and worked with the governments of California, Montreal and Acapulco, Mexico. He has been developing his theory of an existing link between prophets and assassins for years. From conceptualizing the idea, to designing the book and selecting the artist, Prophets & Assassins is Ore’s child.
The Artist: Christopher Butler is a talented multimedia artist residing in San Francisco. Coming from a long and distinguished family of cinematographers, he brings a distinct visual style to his art and photography – a unique combination of film, digital imaging and painting. This book is an exclusive collection of original artwork by Butler. 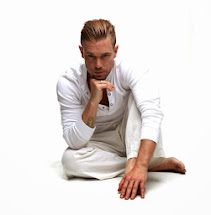